Live Sports Media Playing With A House of Cards

The other driver? Economics. Rome’s geographical expansion drove unreasonable expenditures for defense against developing powers at the edges of the empire.

Which brings us to today’s media environment.

We’re watching the beginning of a dramatic change with live sports programming. The initial expansion is complete and too much money is being spent on developing digital super powers at the edges of the empire.

Thanks to time shifting, binge watching, and companies like Netflix who deliver superstar programming without commercial interruptions, we’ve pushed live events to create their own proverbial House of Cards. 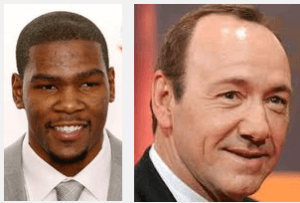 The teams, and now the players, will benefit spectacularly.

At the top of the heap, Kevin Durant will now play for the Golden State Warriors as part of a two-year deal worth $52 million.

Oh, and he left money more than $50 million on the table by doing so. His discounted two-year sum is more than the salary cap for any single team in the NBA in 2006-07.

How can players be worth as much or more than entire teams in that relatively short period of time? Is basketball that popular? Is Durant that good?

The short answers are:

Players aren’t worth more than teams. Basketball’s not decidedly more popular that it was 10 years ago and Durant will never get the credit – even if he is that good – because he joined a team that went 73-9 last year without him. The upside for him looks like 77-5.

The downside for the NBA looks like a non-competitive league. The Warriors will take at least two titles because the money is more than the players could ever want.

You know THAT Mike Conley, the one with NO all-star appearances and NO championships. Valuations for elite performers make sense, but NBA athletes of lesser skills are receiving exceptional benefit.

And that’s how elements come together to turn what otherwise looks and feels like an explosion into an implosion.

The difference now, and the reason for the big TV contract, is not due to an increase of TV viewers, but rather to the incrementality of platforms.

Sports networks would have you believe that there’s another level of live event interaction. We’re now chasing people AND platforms in the new world order.

All of which gives you the kind of lift you might expect from the long-term deal with the networks. Even though the 3-year TV ratings of the NBA Finals are up 17.6% the 2016 contract is up by 179.6%.

That’s a 1,000% difference and even the most Jordan-esque leap of faith can’t be made unless you’re seeing an entirely different game being played.

Beyond the 30.8 million watching on ABC, the new network is penciling in – by my best guess – 47.2 million viewers.

Split the difference and you’ll find that in my increasing viewership calculation the NBA would be up 80.2%. We’re halfway home to explaining the huge leap in the new contract; however, the fatal flaw in the calculation is that the same person is being counted more than once.

I participated in Game 7 via no less than four platforms. The new platforms provide continuity and top-line growth; however, one level lower it doesn’t bring that many more people to the game or ironically that much more money. 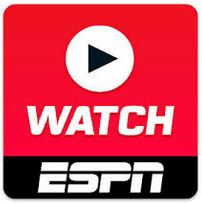 Don’t misunderstand, the NBA is here to stay.

The house of cards is the television networks. Just like the Roman Empire, they should be weary as they spend large sums of money in an attempt to grow the edges of their television empire.